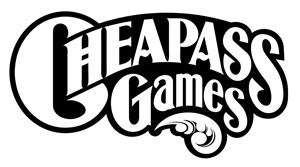 The Lowry Agency to represent Cheapass Games in the entertainment industry

Cheapass Games NASHVILLE, Tenn. – April 25, 2016 – PRLog — The Lowry Agency (http://www.thelowryagency.com) in association with Club Fantasci (http://www.clubfantasci.com), have announced their partnership with Cheapass Games (http://www.cheapass.com) in bringing the card game Pairs-along with all is variants-to the entertainment industry for more mass marketing opportunities.

Cheapass Games has a long standing history in the board game market with successful titles like Pairs, Kill Doctor Lucky, and Unexploded Cow. The Lowry Agency jumped at the chance to work with such an established company and designer like James Ernest.

“We’re excited to work with the Lowry Agency, and look forward to bringing our games to a new audience.” says James Ernest, President at Cheapass Games.

David Lowry is a former touring musician and been in the music business for over 20 years doing management, PR, marketing and promotions with former Billboard Top 10 artists such as Brother Cane, Damon Johnson and the Juno award winning Sass Jordan. David has also done PR and marketing in the board game industry with various publishers for over 3 years now. Playing board games since he was a child, David understands both sides of the mediums inside and out.

Cheapass Games is a small game company in Seattle Washington, specializing in quirky tabletop games. They produce deluxe games, cheap games, and free games, all of which can be found at their double-secret website cheapass.com. James Ernest has been designing games for more than 20 years, with more than 150 published titles including Kill Doctor Lucky, Give Me the Brain, Button Men, Lords of Vegas, Pairs, and Pirates of the Spanish Main.

Their latest project, Tak, is an elegant two-player strategy game from the Kingkiller Chronicle by Patrick Rothfuss. Tak is live on Kickstarter now through Friday, May 20th.