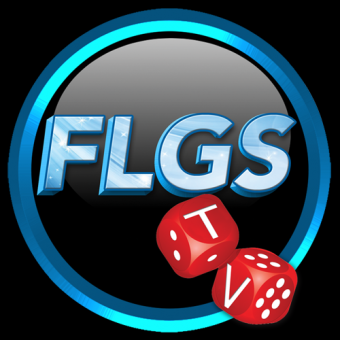 FLGS-TV launches into production for support of the brick & mortar retail game stores.

FLGS-TV ANTIOCH, Tenn. – April 26, 2017 – PRLog — FLGS-TV™ (www.flgstv.com) today announced the beginning of video production for their upcoming board game retail TV network. The network, set for launch this August, breaks new ground in the booming board game industry by delivering game-related video content direct to retail stores, where it can entice shoppers with a stream of new board games available for purchase at the shop. The fledgling network has begun work with game publishers, large and small, in creating a series of 30-second features, showcasing the art, components and key selling points of their games.

“With over 4000 new game titles coming out each year, it has become increasingly difficult for retailers and game fans to stay informed,” said David Lowry, FLGS-TV’s Founder and President. “Our goal is to work with every single publisher in bringing their games to life in quick, beautiful videos that will educate and inform customers and sales staff alike about the titles being sold in the store.”

The videos are streamed direct to TV monitors in the store and intercut with custom retailer slides, animating their logo and announcing upcoming store events for the week. The customization for each store extends the video content itself, as retailers can toggle on and off the videos in their stream based on the specific games they sell and wish to feature, with the ability to change on the fly should a title sell out.

“The ability to curate the video feed was a mandatory for retailers,” said Curt Covert, Marketing Director and co-founder. “And it was our imperative that all publishers would be represented and provided an equal opportunity to shine. The videos are formatted in such a way that we can produce them very economically, meaning that even a new publisher can have a video of their game produced and made available on the network for about the same cost as placing a banner ad on other websites.”

Production has begun on games that are due to release in the summer of 2017 and will expand to include entire lines and legacy games in the fall.

“And that is just the beginning,” David said. “We have plans to work with publishers on additional video content, including “How to Play” videos, “Quick Sell” videos, monthly highlight reels, as well as fully produced TV shows that will broaden the reach and expand the audience of gaming into the mainstream market like never before.”

Partnering with game publishers to create simple, 30 second TV ads, highlighting their most current titles, FLGS TV provides a cost-free, completely customizable stream of board game ‘eye candy’ to intrigue shoppers and drive inquiries at your counter. The ad stream is easily and quickly tailored to the specific needs of each retailer, showing only those games they currently have in stock or may wish to showcase as ‘Coming Soon.’

For more information about FLGS TV, contact David Lowry at david@flgstv.com or Curt Covert at curt@flgstv.com.

For more information about the Lowry Agency, contact David Lowry at david@thelowryagency.com.